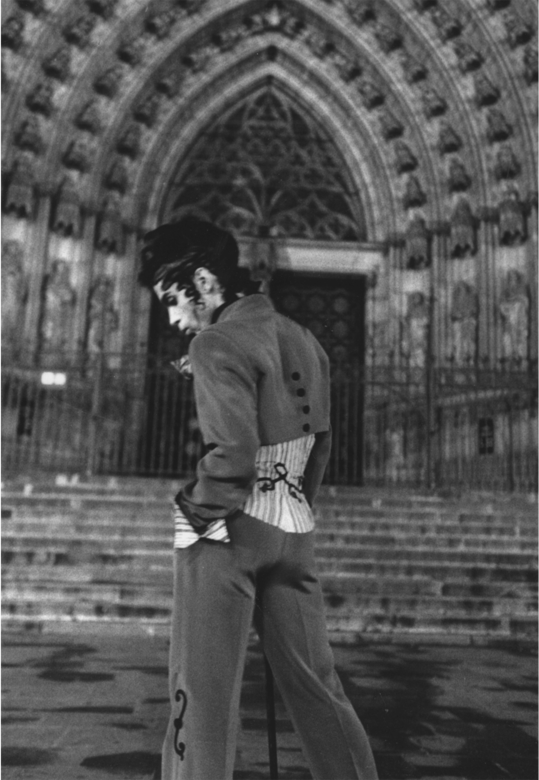 Having to wait two years for new music wouldn’t seem unusual from any other major pop artist. But for Prince, who had been releasing at least one album each year since his debut in 1978, the two-year pause between the Symbol album and 1994’s Come felt like a lifetime.

The artwork on Prince's new album, Come, features a funeral motif, complete with the deceased's time on earth: ‘1958-1993.’ But for the critically embattled genius, Come is more of a rebirth than death.”

In 1992, Prince had signed a new six-album deal with his label, Warner Bros. Records, that allowed him to release up to one new album per year. But to Prince, the idea of releasing albums on a predictable timeline felt creatively stifling; he wanted to be able to release new music as soon as he recorded it. He was also becoming increasingly frustrated that the label would own the master recordings of anything he released, even after they recouped their expenses, which became a sticking point in their ongoing negotiations.

By 1994, Prince was deeply embroiled in a conflict with his label that would stretch on for much of the decade. He had just announced that he would be changing his name from Prince to d, the same unpronouncable symbol that appeared on the cover of the d album. In the same span of time he would launch his own independent NPG Records label, beginning with the compilation 1-800-NEW-FUNK, to replace his now-defunct Paisley Park Records imprint, and within a year he would begin performing in public with the word “SLAVE” written across his cheek, further escalating the conflict with his label. When he accepted a BRIT Award for Male International Solo Artist in 1995, his short acceptance speech spelled out his discontent: "Prince. In concert: ­perfectly free. On record: slave."

As a result of all these tectonic shifts, Come was received skeptically by the media and nervously by fans. With the album cover art depicting Prince in front a cemetary gate, the years 1958-1993 scrawled under the his birth name, it was clear that 1994 would mean the beginning of a new era for a newly reborn artist. But what would that mean for his music?

This is, by some kilometers, the dirtiest record Prince has ever made. (And yes, I'm quite aware that it has formidable competition.)”

If liberation was Prince’s primary goal in the mid-1990s, then Come is the sound of Prince testing the limits of expressing his sexuality in his music. The provocative nature of the album, his most explicit since 1980’s Dirty Mind, ensured that few if any of the songs would be suitable for radio airplay. But between the innuendos and literal orgasms lay some powerful, seemingly autobiographical stories that explore similar territory as his 1992 song “The Sacrifice of Victor.” On “Papa,” Prince weaves a story about an abusive father, capping it off with the unsettling line, “Don't abuse children, or else they turn out like me.” And on “Letitgo,” he shares a more personal reason for wanting the freedom to express himself without constraints: “All my life I've kept my feelings deep inside / Never was a reason to let somebody know,” he sings, concluding that, “I wanna just let it go / Lay back and let my feelings show.”

Come would be the final album to be released under the name “Prince” until 2001’s The Rainbow Children, and ultimately it serves as the first chapter in a new era of his artistry. As he worked to free himself of the limitations of the recording industry and become a truly independent artist, Prince was also coming to terms with an important truth about his music: It was the one way that he could speak directly to his fans without the fear of being misconstrued. Over the next decade, he would turn his attention toward deepening that connection with his fans in innovative and profound ways.